He was taught to be a mathematician; yet, he is an enthusiast lover of art. The fusion of the mathematical expert blended natural science with art fetched earned him respect and turns out to be an electrified advocate of art and culture.

Jama Musse Jama (PhD), is the founder and managing director of the Redsea Cultural Foundation. His foundation runs the Hargeysa Cultural Center and Hargeysa International Book Fair. For nearly 12 years, annual book fairs have been held in Hargeisa where the likes of MaazaMengiste, a distinguishedEthiopian author of bestselling books, Beneath the Lion’s Gaze (2010)and The Shadow King (2019)partook in the recent book event. The international book fair attracts as many as 700 Somalilandersand expatriates every day for an eventful week. The organizers feature African countries and for their popularity, senior Somaliland government officials including President Muse Bihi who paid a visit to the events last year.

Apart from facilitating the book fair the center also serve as intellectuals’ venue;Jama established an adjacent corner for youths, too. The urban youth, from neighborhoods of Hargeisa flock to the center to explore their talents through writings and readings, through cultural dances and music. But most interestingly, they have plenty of access to the painting. There is a tiny kind room secluded to serve as a painting studio.  The cultural center, five years ago, according to Jama was nothing but a garbage dumpsite that demonstrates the concept of transforming trash into treasure.

A few months ago, a group of journalists paid a visit to his property. According to Jama, the preparation of the cultural center required unearthing a pile of 148 trucks full of waste before it was constructed. The privately-operated art and cultural instituteallocate space for the art gallery, theater, painting, and cultural music and songs. And essentially, a tiny public library is also set up with a digital cataloging system functioning. His center is famous for many counts including collecting and preserving audio recordings since the time of British colonial rule.

An ardent advocate of art and science, Jama has found an interesting way to blend these two disciplines naturally having their own discrete and shared commonalities.  For many, mathematics is not an easy subject in school. Scores of schoolboys and girls try to distance their intuition from multifarious and trigging challenges in solving computations. Jama firmly believes teaching conventional mathematics through cultural context has become an accepted method.

Hence, in Somaliland, rural children as in many countries, receive their initial learnings of Quranic lessons, fables, and tales and behavior rules and one the fables turn out to be the well-known Lion’s tale that Jama found it as a “mathematically rich –Qayb Libaax (lion’s share)” tale. The tale is also referred to as Qayb Dacawo (fox apportionment), “whose interest for Somalis have little to do with mathematics; it is instead told to children only for moral purpose”.

This belief of Jama, telling math via fables, goes with what he does in his cultural center. Inside, on the walls of the Hargeyssa Cultural Center, one can find paintings of a Somali woman sewing traditional fabrics. On another corner, a painting depicts a group of wild animals encircling a dead camel. In the painting, a gigantically enigmatic lion with its captivating mane is seated under the shed of a tree. Hyena, fox, tiger and other wild animals are looking at both the king of the jungle and the kill bestowed under the lion’s feet.  At the right corner in the painting, a mathematical equation of linear binomial theorem and its solution is shown:

What does this equation mean and what does it explain in Somali’s culture? Jama tells us all that in one of his writings. The fable expressed in the above equation stays being told and relates as below:

One day, the wild animals’ family killed a she-camel for prey and the lion, the king of the family, assigned the hyena, which was considered the most idiotic member of the family, the task of distributing the prey to the beasts. The hyena divides the meat into two equal parts, one half for the lion and the other half for the rest of the family. The lion, displeased with this decision, punishes the hyena, injuring its eye by striking him with his fist. The fox, considered the most intelligent and opportunist member of the family, is then assigned to take the task of dividing the prey amongst the family. The fox observes the situation and glances at the lion, which replies by striking his canine teeth together sharply; the fox says: ‘One half of the camel is for the king, the lion; from the remainder, again one half is for the king; again from the remainder, one half is for the king; and so on.’ The lion, satisfied for this statement, asked the fox.

‘Where did you learn this fairness and justice?’

‘Here! When I saw the injured eye of the hyena,’ fox replied.

This well-known fable in the Somali culture helps to exhibit how it could be used as a suitable instrument for familiarizing complex concepts of mathematics such as limit and infinity, Jamanotes.

Now, that plain fable according to Jama hardly convinces children to comprehend the assumption of “one takes it all” sort of narration whenthe liongot the whole of the camel for itself. The math comes to play adding to the storyteller’s expressive techniques. “Adding, [times by times], one half of the previous half to this one, without stopping the procedure, the result will be the unit, but he [narrator] has no mathematical formula and demonstration procedure to explain that fact mathematically to the children”, Jamasaid.

However, children may not figure out the basicidea of infinity as expressed in the tale. The narrator as well is incapable of offering a mathematical frame of theory to his insights. “He or she may say, for the sake of Allah, the lion finally takes all the meat as is said in Somali”Jama notes.

The fable and Greek’s philosopher

The fable perhaps has never been associated with any of ancient theoreticians or philosophers. Yet, Jama recounts the lion’s share fable embodies what is known as the Zeno’s paradox, the sum of the geometrical series of ratio ½.The limit of a sequence is way deeply intricate in the fable. The Greek philosopher Zeno in the 5th century BCE devised several “paradoxes of motion” that baffled mathematicians, scientists, and philosophers for millennia. His first and most famous paradox involves a race between Achilles—a very fast runner, and a slow tortoise. The tortoise is allowed to have a head-start. Zeno gives a simple but surprisingly plausible argument that Achilles could never catch up.

This supposition required ages of mathematical exploration to validate what Zeno confirmedmathematically: “in a race, the quickest runner can never overtake the slowest since the pursuer must first reach the point whence the pursued started so that the slower must always hold a lead”. As a related situation that involves the same issue, the sum of the geometrical series of ration ½ is the unit. 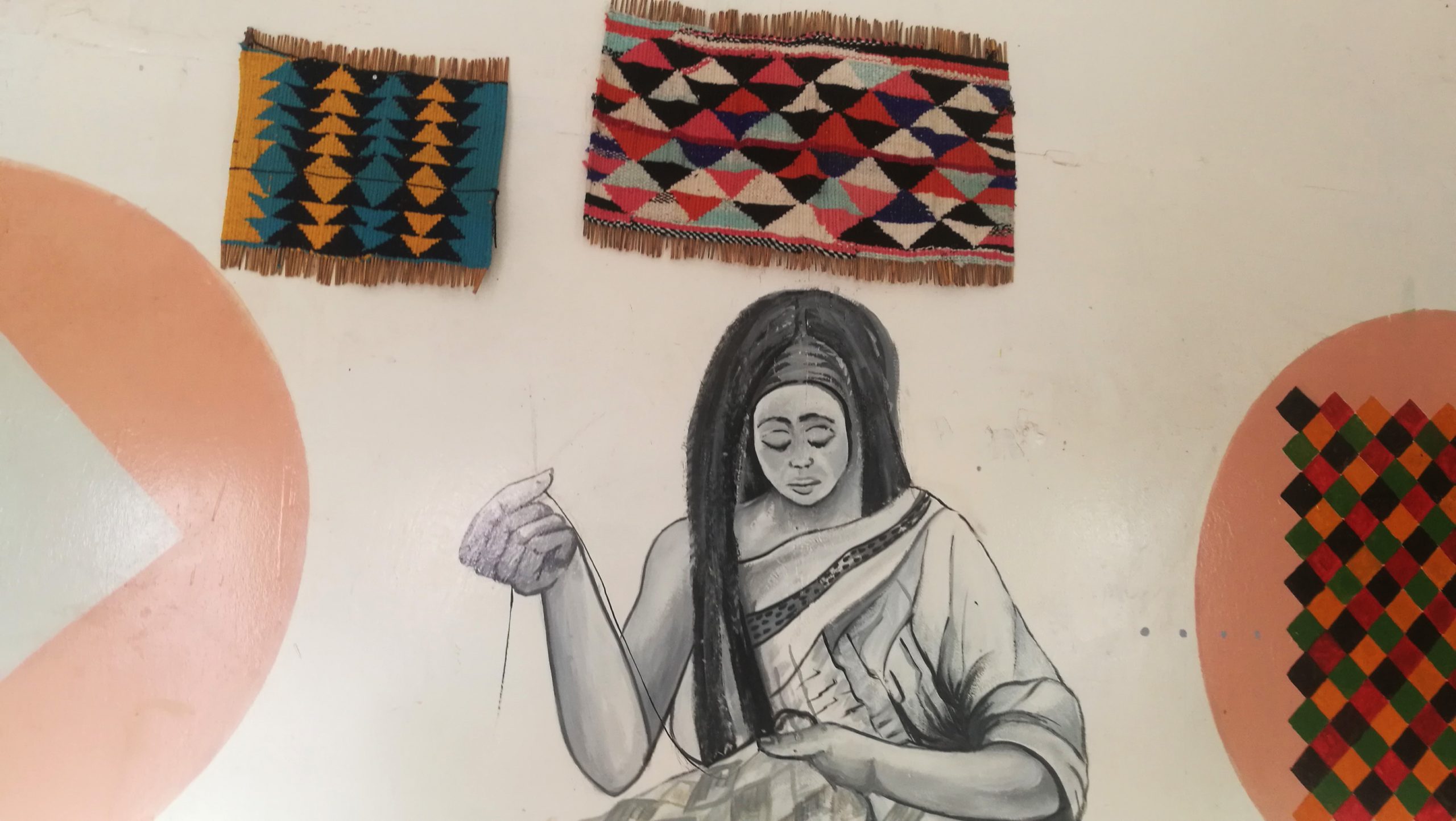 The use of this fable, as an illustration, to familiarize geometrical series is a finemethod to be traditionallydelicate and to be valuable for students and practice mathematics with ease. Even though it is still crucial to tell Zeno’s paradox, for historical and philosophical purposes, however, according to Jama,traditional Somali stories would backmassively the learnings of abstract mathematical concepts, which often are erroneously considered outlandish to the Somali culture.

His argument goes with challenging the status quo. “For example: looking at the math school textbooks in different parts of the world, it is noticeable that it has become the norm to use the game of dice to introduce the notation of probability, with the classical example being, throw a dice, and calculate the probability that the face with 6 comes out,” Jama says.

Indeed, such methods of Jama’s teaching of mathematics through fables and culture-centric approach bought him respect and dignity. But not from everyone. While all efforts to teach Somalilanders math and its significance is a priority for Jama, constant life-threatening warnings are part of his daily routines. Each day he receives a call and verbal warnings from radical and ultra-conservative members of the society. 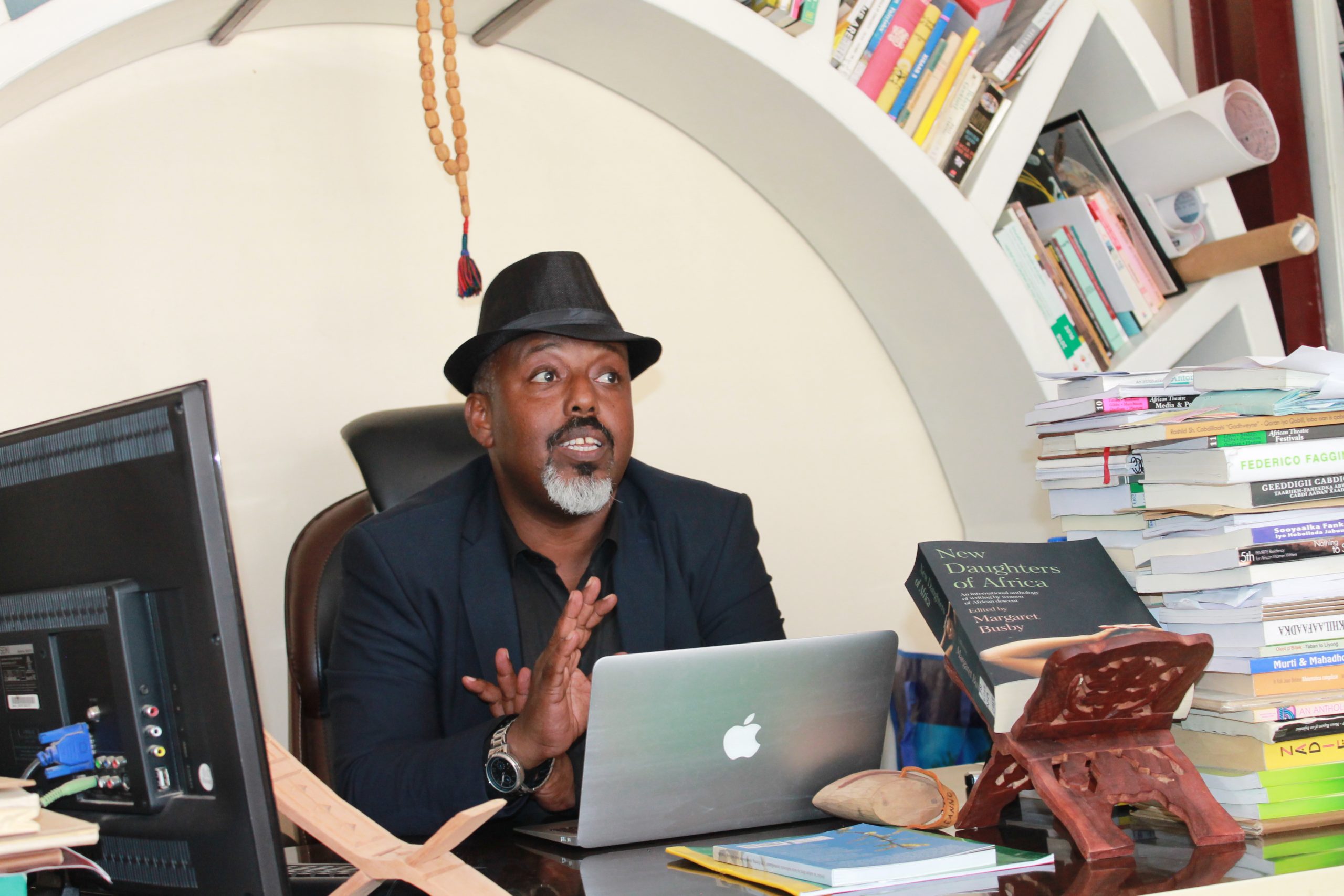 Very often, Jama gets admonitions from Mogadishu, the capital of proper Somalia. Due to the constant threats and warnings, Jamaand his cultural center needed guardianship by the government. Heavy concrete slabs are laid around the gates of the cultural center to minimize risks of unforeseen attacks.

Somaliland is a self-made de facto state craving for recognition by the international community since 1991. The mathematician and art altruistic Jama try to carefully blend science with culture in a land where much of western civilization is under serious watchful eyes. But Jama stands to be unwavering in doing what is best for the use and the community he belongs to and the rest of Africa.

He believes his lens has brought him an early recognition at a very young age. In the face of his unexpected accomplishment, the fortuitous lens...