Ethiopia is experiencing stern political developments following the nomination of a new prime minister by the coalition of the Ethiopian Peoples’ Revolutionary Democratic Front (EPRDF) to the highest office of the government nearly two years ago.

Commended for his quick accomplishments, the current PM has been able to score indispensable gains. He  has firm to end a 20-year no war no peace confrontation with neighboring Eritrea, freed the media, and invited all political actors once were branded as terrorists now to contribute their share on remapping the political landscape of the country.

Furthermore, the members of the House of Peoples Representatives have unanimously accepted his female nominees. Henceforth, a female president was appointed as a head of the state, while a female head of the Supreme Court and a female chair of the National Electoral Board of Ethiopia (NEBE) swore in to assume these top jobs.

When PM Abiy Ahmed (PhD) assumed the chairmanship the then EPRDF currently rebranded into Prosperity Party (PP) and the premiership job, majority of the people stood euphoric envisaging the new administration and the willpower its leadership could transform the country to another level in the arena of respecting human rights, creating more jobs to the youths, regulating ethnic oriented conflicts and numerous impediments evident in many parts of the country. However, the historic euphoria and the honeymoon couldn’t last long. In fact, many concerns and questions kept rising to encounter the promise and the legitimacy of the PM.

Another major milestone the new admiration acquaint itself with was  the reform process that brought light to some of the democratic institutions that the likes of Ethiopian Human Rights Commission, the ombudsman and the election board have been enabled to play major roles and to have a immense effect on the approaching general election.

At the time before the new leadership assumed power and even after a while, ethnic intolerance was brewed and grew and gained momentum. Ethnic vehemence turns out to be an enduring fixture of Ethiopian politics. Ethnic conflicts are not new to Ethiopia. However, the heights of violence witnessed this time around are very alarming and to the extent, the complacency as some reason has smoothed the dais for violence to become the new normal.

Ringing concerns and stowed frustrations, Berhanu Nega (prof), leader of Ethiopian Citizens for Social Justice, has alarmed how dreadful the political situation has grown on the public. “Obtaining news of killings, abductions of students, burning down of churches and mosques, bank robberies, closures of roads, lootings or destructions of properties have become the new normal”, Berhanu itemized.

If such unrests staged in many places stay wild, the adversities  affecting the forthcoming election is imminent as many are warning and calling for a national dialogue to be seriously considered before rushing into election. In the past two years, ethnic clashes and protracted violence have been held in reserve spreading in different parts of the country instigating deaths of hundreds of civilians and forcing millions on displacements.

Ethiopia hell-bent on using the Nile

Gedu slams US over GERD mediation

The GERD trap –can Ethiopia come out a winner?

Despite the government of Ethiopia establishing two controversial institutions, one being the Boundaries and Identity Issues Commission and the other Reconciliation Commission, to deal with identity and boundary related tensions and conflicts, efforts to arrest the sprouting conflicts have brought a reactive outcomes and have not, so far, produced lasting solutions.

In Ethiopia, practicing democracy and multiparty elections is a recent enterprise. Arguably, the contemporary practice was merely started in 1991. Since then five general elections have been carried out in the year 1995, 2000, 2005, 2010 and 2015. The outcomes of these general elections showed that the ruling party persisted to dominate the overwhelming majority of both the federal and regional parliaments.

The elections have been usually tied with accusations, controversies, and sometimes leading to conflicts as witnessed during the 2005 general election.

Though the electoral board has appointed a new leadership and stated that it has undergoing internal reform to be independent and impartial it doesn’t free from receiving severe criticisms both from some opposition political parties and civil societies like the previous periods regarding its independence.

Apart from criticisms regarding its neutrality and independence the complex nature the politics of the country which also includes the formerly exiled armed opposition and separatist groups that have returned home following the government’s declaration of amnesty, and invitation to participate in peaceful political activities are also a prove that the board has an arduous task ahead to make the upcoming general election free and fair.

Indeed, violent confrontations between the returned forces and federal and regional government security forces have already been witnessed in parts of the Oromia region. Holding national elections in such an environment could exacerbate the existing tensions. It is also difficult to guarantee security provisions for political parties to campaign in these regions.

The upcoming general election is scheduled to be conducted in such mood, the timetable proposed by the NEBE to conduct the general election in August, which according to the chairwoman is the last and binding, drawing criticism over the timing – at the height of the rainy season. Ethiopia has regularly held elections since 1995, in May.

Apart from echoing their difference over the new electoral law the actors in the opposition camp also rejecting the recent timetable of the 2020 general election by referring many obstacles to conduct free, fair and credible election. The difference between the oppositions and the board regarding the schedule of the upcoming general election also raises concerns between and among oppositions themselves the voter and political commentators of the country.

Though the board on 14 February 2020 revealed its new timetable to hold the general election, August 29, 2020, this pronouncement came weeks after the National Electoral Board of Ethiopia (NEBE) had proposed August 16 as a tentative day of election. The new election calendar proposes, results of the election to be declared from August 30 to September 8, 2020 according to the new.

“Looking at parts of the country which will be affected by the rainy season, pushing the schedule a little further will ease our burden,” NEBE Chairwoman Birtukan Mideksa stated the rationale behind conducting the general election in August.

According to statements issued by the Board, the election is rescheduled in order to give additional time both to the participating parties as well as the board in order to wrap up pre-election preparations.

However, the revised timetable has demonstrated one of the most contentious matters to create alienations among stakeholders those favoring NEBE’s decisions and those echoing the election to be postponed until a favorable situation emerges. Some stakeholders voiced their views arguing for delaying the election for indefinite time, reasoning lack security and time constraint as leading glitches.

Right after the announcement of the board to hold the upcoming general election in August some 42 political parties rejected the timetable and warned the board to revise the timetable once again. The parties have pronounced worries concerning the situation in the country and argued that there is conducive environment to conduct general election by referring the fragile security situation in different parts of the country. 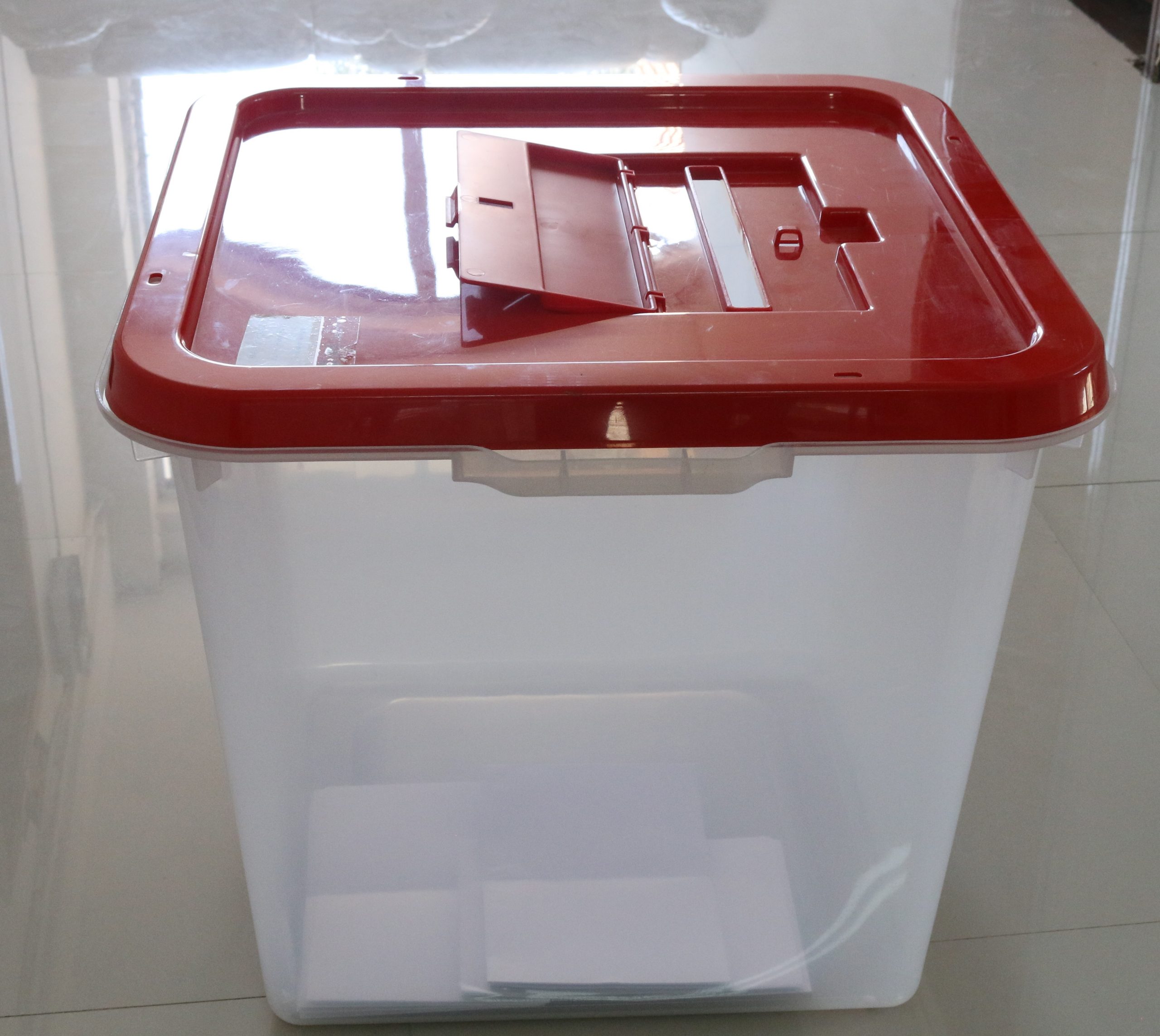 In this regard members of the joint council of parties proposed another possibilities while others recommended the postponement of the election at least for six months. Still others have suggested that indefinite postponement of the election to be considered. The council is expected to meet soon and deliberate and decide on the issues deputy chairman of the council Girma Bekele told The Reporter Magazine.

The country has had regular parliamentary elections since the EPRDF took power in 1991 but, with one exception, none was competitive. PM Abiy, who won the Nobel Peace Prize in 2019 largely for his efforts at reconciliation with Ethiopia’s neighbor and longtime foe Eritrea, has promised that this year’s vote will be free and fair. The PM has introduced a series of sweeping political and economic reforms, but his reforms have also unleashed ethnic rivalries that have spilled into violence.

The parties that insisted elections should take place as scheduled insisted on the fact that the present administration and parliament will finish their mandate by August, and this would create a power vacuum unless the election takes place before September 2020. NEBE’s timetable is therefore considered a kind of balancing act to accommodate the views of those who worry about a tight timetable and those who think the election should be postponed indefinitely, which might be a recipe for political crisis as some people fear.

The hope is that the forthcoming August election will rectify past mistakes once and for all and allow the Ethiopian people choose their legitimate government in an election that must be free, fair and plausibly democratic and conducted according to internationally acceptable standards of fairness. This does not however mean that the election will be a walk in a garden on a sunny summer afternoon. There are complex factors that may impede the process both at the pre and post-election stages.

The challenging and complex factors by political actors and commentators are first, security concerns, which are legitimate and realistic as sporadic unrests, and acts of violence instability are still perpetrated in many parts of the country. Although such unwelcome events might be expected in a country as complex as Ethiopia, critics argue that the government should put the situation under strict control as soon as possible if not conducting an election within such volatile and complex political landscape might cause chaos and disorder.

The other thing is that, the complex and diverse and divisive political agendas at regional and federal levels often find expression in acts of violence that makes the perpetrators not only invisible but also unaccountable due to executive lenience as some people argue.

Finally, the recurrent breaches of rule of law and the absence of a culture of compromise and tolerance have generally made the political playing field not only violent but also unpredictable and often worrying to the general public.

Thus, in addition to addressing violent ethnic clashes, the importance of youth resentment mainly due to unemployment the guarantee of an independent media and democratic institutions, including the judiciary, the NEBE, and the security services cannot be overstated, especially ahead of the scheduled 2020 elections.

Many party politicians and commentators maintained that the nation, bracing for a democratic election, should seriously consider those complex factors before rushing to conducting an election and many of them believe that the upcoming election offers Ethiopia one last chance to come out as a democratic country or fall back into disarray and chaos.

The process and introduction of biotechnology to Africa has been under a serious vigilant acumen of activist groups that stood firm against genetic engineering or...

Ethiopia hell-bent on using the Nile

Gedu slams US over GERD mediation

The GERD trap –can Ethiopia come out a winner?