The COVID 19 pandemic has been revealing gaps in public institutions around the world and Ethiopia is not an exception.

The closure of schools and workplaces throughout the world has led to increased reports of domestic abuse and violence against children and the disabled.

Reports of child marriage rates rising in many parts of the country and the current incidents in regional states have sparked a social media movement to alert government bodies and the public to an issue that has plagued Ethiopia for generations. Lack of clear statistics on child marriages and gender-based abuse in the home has been a major issue in tackling these problems. Child abuse and gender-based violence are problems everywhere in the country but sufficient and timely gender-aggregated data rarely exists. A great deal of abuse is never reported so the numbers currently available are not accurate.

Societal views on these issues have gradually been shifting but have not been sufficient to stop them from occurring. According to the 2016 Ethiopian Domestic and Household Survey, 63 percent of women believe a husband is justified in beating his wife under specific circumstances. This number has declined from the 2000 survey of 85 percent. 22 percent of married women have experienced some form of spousal abuse, including mental, sexual, or physical violence. A culture of silencing also prevents victims from seeking help and witnesses from intervening.

Mechanisms of ensuring the well being of a child in the home primarily rely on school networks. Teachers can observe if the child comes to school hungry or with bruises and students have been known to report parents when they’re about to be forced into FGM or child marriages. Teachers contact police and these acts can be prevented. Without schools, methods of ensuring the safety of children are crumbling.

Girls are forced into child marriages during the rainy season when schools are closed and mechanisms for preventing such events are lax. Dropout rates are known to increase among female students above the 5th grade. With schools closed for an unknown length of time, parents are feeling the pressure of having another mouth to feed or the dangers unmarried girls face such as kidnapping and rape. Some families state that their daughter has consented to the union, even though the child is younger than the age of consent.

Child marriage is often seen as a harmful traditional practice, not as socially sanctioned rape of a minor. Ethiopian Women Lawyers Association reported that 548 child marriages were foiled and that 249 marriages took place in the Amhara region in the last two months. Of course, arrangements that failed with the intervention of police may have still taken place afterward.

According to Sileshi Tadesse, Director with the Ministry of Women, Children, and Youth’s Mobilization Directorate, following the reports of increased child marriages in the Amhara region, the ministry has created a research and discussion network to gather data and create tools to tackle the issue with the assistance of local police. They plan on replicating this activity in other regions as well.

The ministry’s road map to end child marriages and female genital mutilations by 2025 is still underway but the COVID-19 pandemic has been a great hurdle to its plans. The plan depends on changing attitudes by mobilizing communities with the assistance of local leaders and the elderly, religious institutions, and advocacy work. The work has now been forced to move online.

In a panel discussion organized by the Center for Advancement of Rights and Democracy on June 6, Sehin Teferra, founder of Setaweet, states the problem isn’t just financial but also the priorities of the federal government. “If there was a real investment in gender from the beginning, we wouldn’t have to scramble because of a pandemic. We wouldn’t have to learn how to do this anew.”

The Association for Women’s Sanctuary and Development (AWSAD) opened a shelter in Addis Ababa, with assistance from UN Women. This COVID-19 specific shelter functions as an isolation unit for 30 women until the quarantine period is over and they can be transferred to other shelters with a larger capacity.

The Addis Ababa Women and Children’s Bureau head Almaz Abriha stated that 101 children have been admitted to hospitals due to domestic violence in the last two months. The Addis Ababa city administration has offered closed schools to function as emergency shelters for women and children amid this problem.

Reporting and justice procedures for DGBV need improvement. As of now, the only telephone hotline that offers counseling and legal advice is Setaweet’s Alegnta 6388. It has resumed operations this June after temporarily closing due to the pandemic. Marie Stops hotline also offers psychological and legal advice to victims of abuse. The Ethiopian Women’s Federation is working on a hotline with the assistance of the Federal Police Commission but it is not yet known when it will begin operations.

The Ministry of Women, Children, and Youth has assembled a task force to tackle gender-based violence during the pandemic period by collaborating with the Ministry of Health, Addis Ababa Police Commission, and the Attorney General’s Office. The task force is expected to begin operations in the following weeks, first gathering accurate data and implementing preventive strategies in affected communities. The ministry is also planning on creating a hotline to support victims of domestic and gender-based abuse and violence, explains Sileshi.

The most common way women seek help after experiencing domestic or sexual abuse is talking to neighbors, family, or husband/partner’s family. The pandemic may have disrupted this support structure.

According to the 2016 EDHI report, only 8 percent of the women who have experienced sexual or physical abuse sought help from law enforcement bodies. Even after deciding to report abuse, going all the way to court and getting justice can be difficult. Police have been known to disbelieve victims, ridiculing or blaming them or advising them to make peace and marry their assailants. Only 2-3 percent of victims have sought help from doctors, lawyers, or social work organizations.

Courts in the country have been partially opened to hear gender-based violence cases but according to President of the Supreme Court Meaza Ashenafi, no new cases have been opened in the last two months. 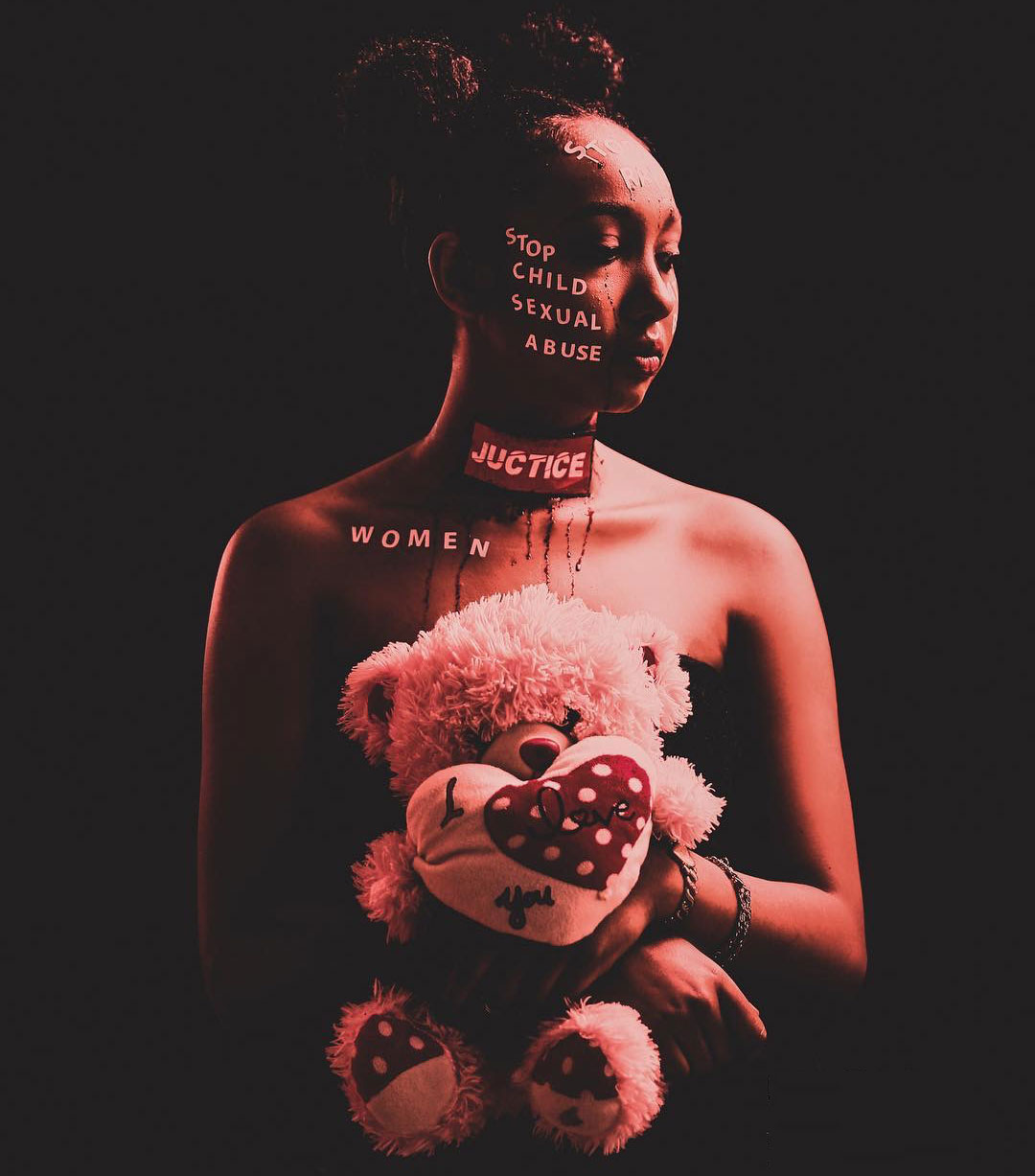 Living with an abuser can be difficult when neither can leave the house due to partial lock down. It has become even harder for women and children to report abuse and seek help. The legal framework for dealing with this type of violence exists but implementation is problematic. In an interview with Fana TV’s 51 present show in May,Senait Tassew, lawyer and advisor with Ethiopian Women Lawyers’ Association, stated courts can lean towards fixing marriages through arbitration in cases of spousal abuse. Cases may take too long in court, leaving the victim nearby assailants for several weeks or months. Punishments often don’t fit the crime, leaving many to not bother going down the legal route.

The problems are multi fold and devising solutions is not easy. Social media activism has brought attention to the specific complications COVID-19 brings to gender activism and children’s health but it is not enough. The few civil society organizations working around women or children keep working but the burden cannot be expected to rest on their shoulders alone.

A gender transformative approach at every stage, from data gathering to planning and implementation, must be enacted to ensure the experiences of women are represented and relevant to national policies. As many experts have stated for several years, the Ethiopian government must give special attention to gender-based violence and child abuse, challenging public discourse around these issues and creating sustainable solutions that keep the mental and physical well being of women and children in mind if real change is to come any time soon.

Ethiopia struggles to protect children, women and the youth, many countries as well find it difficult to reduce and prevent violence and abuse against these groups. According to the recent UN report, half of the world’s children, or approximately 1 billion children each year are affected by physical, sexual or psychological violence, suffering injuries, disabilities and death, because countries have failed to follow established strategies to protect them.

The coronavirus pandemic is spreading like a wildfire. In just about three months, the number of infected people is rising quickly approaching one million with...

Celebrated gynecologist passes away at 96